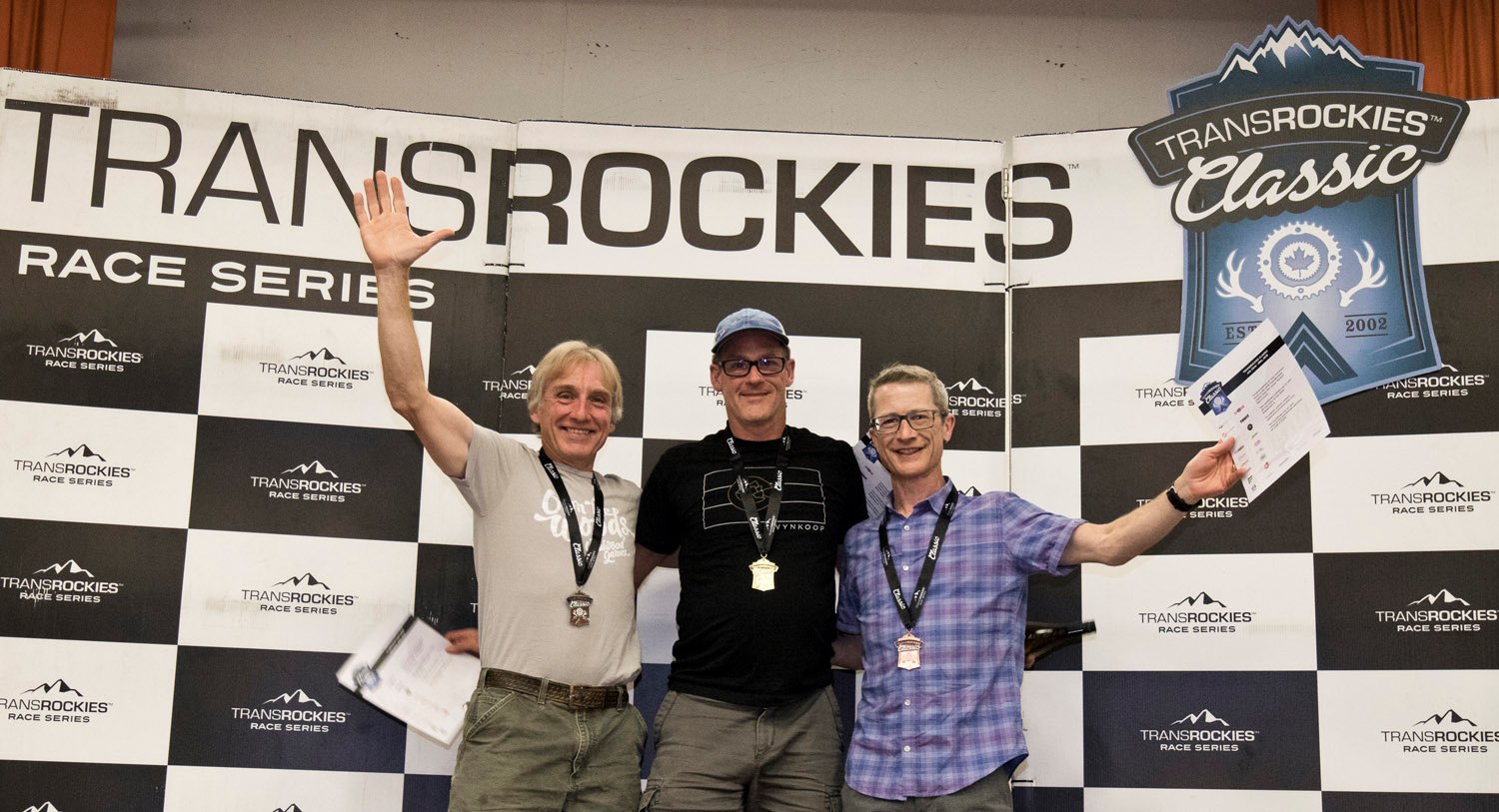 This is an event I read about almost 10 years ago and I know it was something I wanted to tackle some day.  2011 was the last year they ran the event and  I was super excited they brought it back in 2019.  This event was my big goal for 2019.  I focused all my training for the demands of this event.  I was quite nervous about racing this many days, distance and elevation gain.

My training started in November with an already good level of fitness.  Training over the winter wasn’t anything new for me, but it was great preparation for this event.  During the winter I ride gravel and snow packed roads and can easily get 5-6k feet elevation gain in 4 hrs over 40 miles.   In hindsight, this training was perfect for TransRockies as we spent a lot of time racing on gravel and getting 6000-7000′ elevation gain daily.

Over the next 7 months training was interrupted by a work travel, bronchial infection, family travel and a recurring back injury.  The interruptions didn’t affect the fitness too much and I think they provided well timed rest.  During the three months prior to the event start I focused on threshold power, VO2Max and trail riding.  There were lots of 20-40 min threshold intervals and 4-6 min v02max intervals.  These paid dividends during the race as I was able to hold my threshold power and prevent separation during the race all the way to the last stage.  My worst day was probably stage five, where I paced incorrectly and made a tactical mistake, I lost 5 min to my nearest competition.   I followed my Stage Race Training Strategy and Daily Recovery methods used in my coaching programs.

The stages where mostly gravel with some ATV track and some very raw single track.  The one interesting part of the stages was the timed sections;  some of the stages had neutral sections in the middle of the course.

The first stage was good for me.  It was just like home, a big climb followed by a big descent.  There was some fun singletrack in the middle of the stage.  I won the stage for my age group by ~4min

Mostly gravel road with some ATV path and an ancient indian trading route footpath.  The course was sabotaged by someone covering the start of the footpath.  Many of us in the front of the race stopped for 20 min or more allowing the back to the field to catch up.   I lost ~11 min to 3rd place GC (Henry Gertje)  causing me to get second in the stage.  Henry now in 2nd GC 13 min behind.  It was a strange stage because I finished 5 min ahead of Henry, but he was faster in the timed section caused by the sabotage he took the stage win.

The stage with the  biggest distance at 61m/102k.  It was mostly gravel, but some deep cold river crossings and raw ATV trail.  Henry (2nd place GC) caught me about 1/2 way.  We rode the last 30 miles working together in the wind, which made for nice company.  The last 20 miles it sounded like my freehub was going to fall apart and it seemed to get louder as me moved on.  The last 5 miles the pace picked up and we ended up sprinting to the line after 5:10hr of riding.  I won the stage by .7s.  Ha.  After cleaning my chain and inspecting my freehub all was good with my drive chain, thank god!

This was a timed stage that I didn’t play right tacitly.  In hindsight I should have just stayed with Henry, but instead I charged ahead and ended up blowing up on a big climb.  I ended up riding a big section alone.  Henry caught me about 5 files from the finish and he attached hard, putting me at my limit.  I was able to hold on and we finished together at the end of timed section.  It turns out he hung out at the start of the time section for 5 min.  Since he caught me he was 5 min faster in the stage. Henry wins the stage. I have a 11 min lead in GC.

This was the most exciting stage.  At the start of the race, I’m nervous, tired and we have 56 miles of racing and a very small timed section at the beginning.  My plan is to just say on Henrys wheel.   After the timed section start it’s full race pace  We have a long road section where we work together at a high pace.  We catch on to a group of guys and the pace picks up.  I get on the very back of the 15 person group and try to hold and conserve as much as I can.  We are doing 20-25 mph on a long gravel road.  After about 40 min we hit the first climb.  Henry and I are together.  We start the climb and I feel Henry is occasionally try to gap me and pushing me to my limit many times.  I get into the red zone a few times but recovery quickly. We stick together almost the entire stage.  The last few miles have many super steep climbs that we walk.  I was able to ride the last one and get into the final descent first and put a 45s gap with the stage win.  Henry is still in 2nd GC 12 min behind.  What a day!

The final stage!  It’s the biggest day of climbing and the distance is about 51 miles.  I’m nervous again.  I’m thinking I can’t ride the same effort we did the day before. I stick to same plan, say with Henry!  The start isn’t easy, but not too hard either.  Neither one of us is feeling spunky, thankfully.  I get a head of Henry in a few sections, but I don’t attack.  There is still a lot of distance left and I know he strong enough to catch me.  I don’t necessarily sit up, but I’m not going easy.   We finally get to a section and ride together.  There is a big 4500’/3000m climb and we ride tempo the entire time, chatting and sharing fun stories.   We get to a sizable technical descent and I get ~ 1-2 min gap on Henry.  He catches me at the last aid/check point while i’m stuffing my face with treats. I wait for Henry before we start again.  I get to the bottom of the big descent and Henry isn’t with me.  I’m feeling good and we have about 10 miles to the finish and I put on the gas. There is some fun single track, and not so fun steep climbing.   I finish the stage with about a 6 min lead.  Henry comes in second on the stage.  This was our longest day of racing with 6 hrs on the bike.  Phew!

It was quite an amazing week.  It was really fun to race with Henry.  He pushed be beyond what I thought I could do in a mtb stage race.  Below is the stats from the week.

I was very happy with the event and my performance.  The riding, people and event were spectacular and I came away with 5 stage wins and the overall GC in the Solo 50+, 4th overall in solo riders and 7th overall in solo and teams combined.