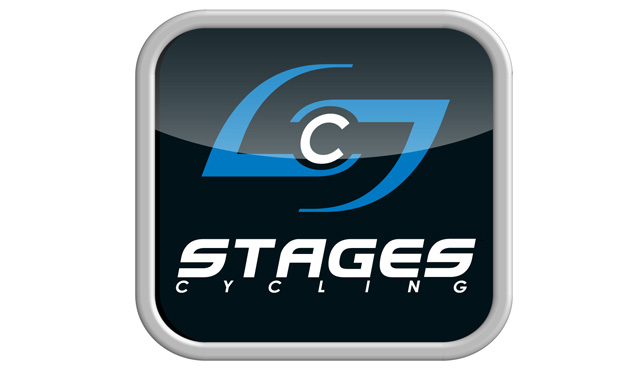 Training with power is the best possible device to train based on intensity intensity.  The power meter when properly calibrated, doesn’t lie.  That’s why I recommend to use of a power meter to all my athletes.  It helps me be a better coach when my athletes use  a power meter.  The analytical data I get from the ride helps me decide how the athlete is progressing over weeks and months, when they should rest and other patterns to make them strong and fast.

I’ve been training and racing with power meters for 5 years. I’ve used the Power Tap Road and Disc version,  Quarq Road and MTB, and SRM on the MTB.  All of these have had their advantages and disadvantages.  Last winter I acquired the Stages Cycling Power Meter.  This one was for the and MTB paired with the SRAM X01 Crankset.

Installation is super easy.  Simply remove the left crank arm and slide in the new crank are with the Power Meter on it.  After the power meter is on you need to calibrate it.  Using your smart phone download the Stages Cycling app and connect through Bluetooth.  The easy to use app has a calibration feature to make sure it sends correct values to your Garmin or other Ant+ head unit.  I use a Garmin 500 and 510.

One of the issues I had with the other Quarq and SRM power meters is the magnet which attaches to the BB shell.  Placement is difficult and with a 2x crankset if you drop your chain you’l likely loose the magnet, killing the power meter until you can replace it.  This happened to me countless times at the worst possible moment, during a race.  The Stages has an accelerometer built into the device, no magnet needed.

I have two mountain bikes, a hard tail and full suspension.  I was able to swap the power meter between them within a couple of minutes.  Having this ability is critical to me so I can always have the power meter on the bike I’m racing or training on.

I did have some issues with the power meter shutting off after I broke the original seal.  If water entered the battery compartment the power meter would short out.  Taking the battery out for a few minutes or putting the battery back in seemed to solve the immediate problem.  To seal the compartment I applied vaseline around the seal and the edges of the battery cover.  I haven’t had any issues with water since doing that.  It seems to be the most reliable out of all the power meters I have used.   Living high in the rocky mountains we get some nasty weather, which I still train in.  The cold, snow and mud didn’t effect the power meter at all.  It was consistent throughout all my training sessions.   And consistency is key when using a device that is measuring your output.

As far as accuracy, I found that the unit was very close to the SRM and Quarq.  I was able to use the Quarq and Stages and SRM and Stages at the same time and found the watts were close to each other  One down fall was that the Stages only records the left leg and where the SRM and Quarq to use both legs to record power (only one data point though).  If you are being lazy or not focusing your power on both legs your results will vary.

The price point for the Stages Power meters are very reasonable compared to the full crank set of the Quarq and SRM, and reliability of much better the the Power Taps I’ve used.   If you are looking for an affordable power meter check out the Stages Cycling products.

Get discounts on Coaching Services with the purchase of a power meter.