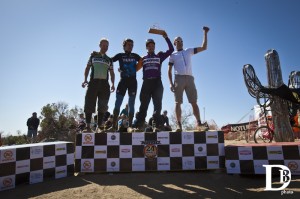 I had a little redemption going into this race after last year. My goal was a top 5 placing and ride without extended breaks. I exceeded my goal by placing 3rd.

If you are interested in looking at the profile on Training peaks, go here for the first 15hrs, and here for the remainder of the event.  I used the Quarq MTB Power Meter.  It was used to help me pace my effort by making sure I didn’t work to hard at times.  I set my Garmin to yell at me if I went over power level 3.  Most of the time I was in power level 2.  My avg and NP power were not very high at all, which makes me think I can ride at a higher pace next time.  Yes, I WILL be doing another 24hrs solo.

Some people asked what kind of training I did for this race.  First off, I had a pretty big base from the previous year.  After my last race in Sept, I didn’t do any specific training until Jan 1.  I rode hard at times, and put in a couple of long rides, but nothing focused.  You can see my Performance Management Chart from TrainingPeaks.com I had a 6 week training block starting Jan 1.  There I had about 5 weeks of threshold and sub-threshold work.  Nothing more then 2-3 hrs at a time. There were two rides that were longer than three hrs, but less the six hrs. Weekly hrs were about 10-12. About 60% of the workouts after jan 1 were on the trainer.  It’s hard to imagine how one can race a bike for 24hrs with such little training. 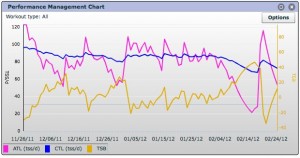 It’s hard to report on a 24hr long event, so I’ll mention some highlights and lowlights. 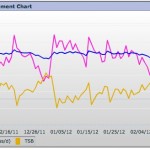 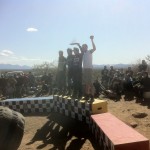 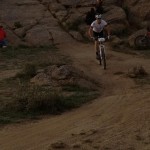 Last lap before dark. I rode the rock every lap. 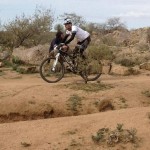 One of my last laps. 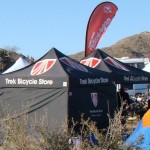 We had a good sized pit area. 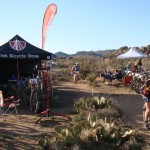 Trail side pit. The Trek Store Colorado gave me some awesome support. 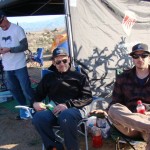 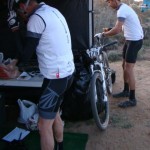 Tim and I were chasing each other during the early laps. 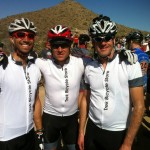 Just before the start. 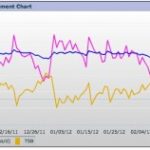 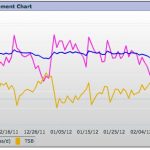 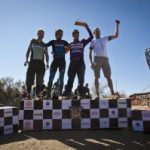 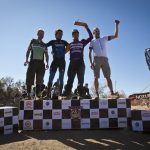 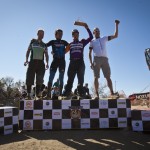